It is often said that we write the books we need to read.

For me, I don't think it has ever been more true than with Gratitude Miracles. What a joy it has been to take this journey step-by-step, discovering fascinating rabbit holes as I went from one study to the next, one teacher to the next, one concept to the next.

I intended to put together a gratitude journal strictly for my own use. Somewhere along the line, however, I noticed the dialog in my head started expanding from just something that would help me, to something that might help others, to a strong belief that gratitude is one of those foundational  concepts that links to everything and might just help our world.

I am so grateful for this project and what I am learning along the way.

Joyce Wycoff has long been fascinated by the human spirit and the seemingly bottomless potential for growth and expansion. She is called by the mystery of why one person moves toward joy while another is pulled toward pain and suffering. The cause seems to be more than life circumstance.

Life abounds with stories of triumph over adversity, heroism in the midst of devastation, radical forgiveness in the face of horrific atrocities. Through the years as she became more aware of the power of gratitude, it became clear that this quality was one of the prime differences between people who are joyful and people who are not.

When she discovered that recent studies confirmed the power of gratitude, she decided to create a journal to formalize the practice of gratitude for herself. When she saw miracles appearing almost immediately, she decided to publish the journal so it could be used by others as a real practice rather than just a “nice idea.” 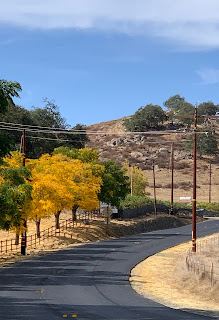 Recently Joyce moved to an RV park located in an oak forest in the mountains east of San Diego where she is busy working on a flip book series titled The Granary Tree. The first issue will be released 11/30/2020.

To get your free issue, please add your email address to the Follow by Email box on the home page, right side column.

Former Life: Founder of the InnovationNetwork and the Innovation University. Author of five books on creativity and innovation, two of which have become long-term, classic best-sellers.

When your mojo is working,  your energy is turned on and  things rather effortlessly fall into place.   Gratitude is the appreciation for ... 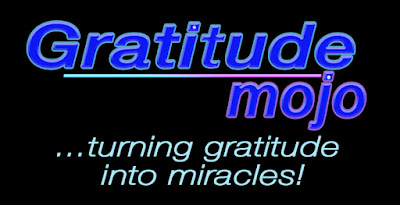