The Role of Gratitude in Making Meetings Work Better 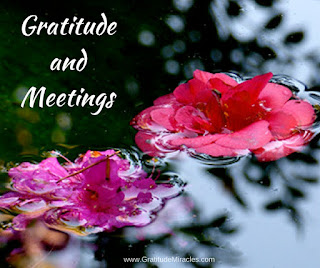 One of the miracles from this journey into gratitude has been meeting Steve Foran, a Canadian businessman who calls himself a grateful CEO and integrates gratitude into his daily life, at home, at work, everywhere.

In addition to teaching Business Ethics and writing extensively on the subject of gratitude, Steve helps leaders build teams that are resilient and effective through a process he calls StatusGRO(TM). Steve told me a story about using gratitude in meetings and I thought it deserved to be shared. 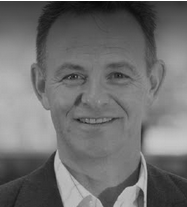 From Steve:  Over the last 29 years I’ve seen a lot of meetings, both good ones and bad ones. Some I’ve chaired, some I’ve sat through, some I wished I was golfing, some were all over the place, and some were … all of the above.

While there isn’t a common element to what worked or what didn’t work, there’s a technique I started a few years back whenever I chair a meeting and it has a powerful impact on the discussion that follows.


Begin by sharing one gratitude.

At the outset of the meeting, I simply say, “Before we get into the agenda, let’s go around the table and share one thing we’re grateful for. It can be from here at work or from your personal life… whatever you want.” And then I start off with my gratitude first.

It has proven to be a simple and extremely effective way to create the right atmosphere for an effective discussion.

A few years back I was chairing a special meeting of a voluntary board and we were about to discuss and make a decision on what was shaping up to be a very divisive issue. While there were many contributing factors to the divisiveness (such as organizational leadership, communication, resistance to change, and fear of the unknown, differing levels of knowledge regarding the issue at hand), our task at the meeting required us to come together, listen to the respective viewpoints, make a very important decision and be unified in carrying that decision forward.

The subject area for the crunch discussion was foreign to me but I had been having great success in starting meetings by sharing gratitudes and decided that’s how we would start the meeting. There was some initial skepticism because people wanted to get straight to the issue and not waste time. With close to 30 people in the room, it took more than 10 minutes to go around the table.

By the end of the gratitude sharing, the temperature in the room had shifted. As the evening unfolded, there were some heated debates, but the tone was respectful. We had some people who repeated their points because they didn’t feel heard, but it didn’t happen as often as usual. There were some diversions away from the main issues, but, for the most part, the conversation remained focused. At the end of the evening, we made our decision and people felt good about it. It might have been the best 10 minutes we invested into preparing for a meeting.

Two days later I received a phone call from a volunteer at the center of the issue being discussed. He said, “Steve I’ve been doing this work for more than 40 years. In my entire career, I’ve never seen such a change in attitude in such a short period of time. As people started arriving and talking before the meeting, you could feel the tensions rising. But that gratitude exercise you had us do was masterful.”

I highly recommend using this technique at your next meeting. It works regardless of the setting… at work, in the community, at home. If you don’t get the miraculous results you hoped for the first time, don’t give up. Give people time to get used to it because right now, not many meetings start this way. You can change that.

A great way to stay focused on your own gratitudes is to subscribe to Steve's daily gratitude posts ... his own and from guests. Subscribe here to receive them directly. And, you can check out StatusGRO(tm) here. 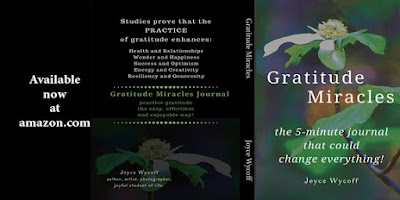 When your mojo is working,  your energy is turned on and  things rather effortlessly fall into place.   Gratitude is the appreciation  for... 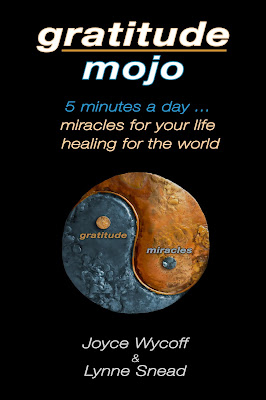